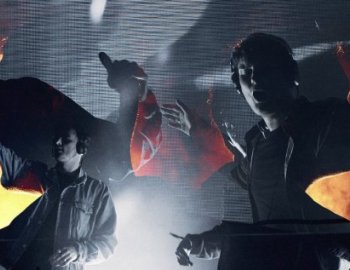 After countless requests from you guys, we made it happen. Robin of Magnificence is one of the most gifted sound designers, not only in house music, but also across a wide span of genres in dance music. Regarded as a unicorn in the production world and revered by the top tier of the industry, it's finally time to share his ultimate collection of sounds that garnered Magnificence this reputation.

To give an idea of the quality of sounds you’ll get in this pack, Magnificence holds a rare badge of honour having their EP debuted during the long awaited Swedish House Mafia reunion set at Ultra 2018. A level of endorsement that most producers only dream of accomplishing with their tracks.

Coming off releases on Musical Freedom, Axtone, Revealed, and more, Robin has set a new precedent for quality among the top ranks of house music's elite producer crew. Full of mind-bending sounds, the Essential Magnificence Sound Pack is regarded by industry leaders as one of the most exquisitely designed collections of sounds in the entirety of EDM.

It's with great pride that we release the first ever Magnificence producer pack, exclusively on 789ten.com.

SAMPLE PACK: Fresh off the brand new single 'Set Me Free' on Musical Freedom, Robin compiles all the signature Magnificence sounds in this pack. These are the sounds straight from the project files of the arsenal of releases supported by Swedish House Mafia, Tiesto, Martin Garrix, Zedd, Don Diablo, and many many more...

The song from the trailer video was made entirely of sounds from this pack. It would be worth it alone just for the perfectly balanced, pillowey yet punchy kick drum... but of course we’ve got so much more in store.

PS - if you comb through the sounds carefully, you might just come across Robin yodelling. Perhaps a first for an electronic music producer pack?

PRESET PACK: Never ending music versatility. From nasty gut wrenching bass patches, to soaring stabs and screeching fillers. The Essential Magnificence Sound Pack is just that, the Magnificence Essentials. These are the exact presets that Robin used in the track you’ve heard in the trailer video, and have been used in some of the most significant Magnificence releases to date.

BONUS PROJECT FILE: This has got to be one of the most pristine demo tracks ever built from a sample pack to date. We couldn’t resist but get our hands on the complete Logic Pro X project file straight from Robin’s computer. This is extremely useful to producers of any skill level. Comb through it and examine every move made by Robin as he expertly crafted this song, and use it as a blueprint to foster your own next level creations.

BONUS MIDI CLIPS: A valuable add on for anyone who can get stuck finding the right rhythm or chord progression. This bonus midi library is divided into three sections; "Euphoric Progressive,” "Atmospheric Progressive,” and "House You Up.” All of which come with midi clips written by Robin of Magnificence, conveniently labeled by Key, BPM, and suggested use.

You do not need all of these plug-ins to benefit from the project file, there is a lot to learn and discover from the way that it has been put together.
Download from turbobit
WAV, MIDI, Logic, SERUM, FM8
505 MB
Links | Ссылки