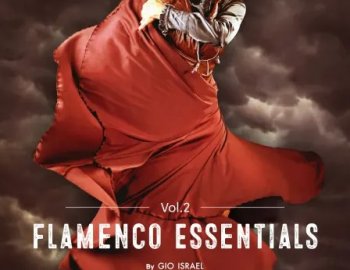 Flamenco Essentials by Gio Israel aims to amplify the unique and authentic magic of Flamenco music. Recorded in Grenada, Spain by some of the world’s leading Flamenco musicians this new collection is an accumulation of over 70 studio hours recorded for this series pack.

"Years ago, on one of my tours as a DJ, I was welcomed for the first time at Triana, the Gypsy quarter of Seville, Spain, the birthplace of Flamenco. I immediately fell in love with the people, tastes, sounds and vibe that resonated from every corner of this small neighborhood. Walking the streets, it was as if music echoed from every wall. It was then I understood Flamenco is much more than music, it’s a lifestyle.”

The roots of flamenco, though somewhat mysterious, seem to lie in the Gypsy migration from Rajasthan (in northwest India) to Spain between the 9th and 14th centuries. These migrants brought with them musical instruments, such as tambourines, bells, and wooden castanets, and an extensive repertoire of song and dance. In Spain they encountered the rich cultures of the Sephardic Jews and Moors. Commonly associated with the Andalusian region of southern Spain, their centuries-long cultural intermingling produced the unique art form known as flamenco.