FRESHSOUND
Contact
FRESHSOUND » Samples » Frontline Producer The Sound Of B3

Frontline Producer The Sound Of B3 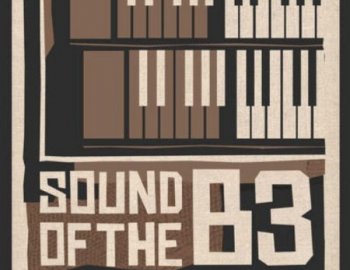 Frontline producer presents: The Sound of B3 Style, a wondrous collection of recordings from one of the most famous musical instruments of the modern era. Played by an expert jazz pianist and recorded in professional studios – this pack will underpin any track with pure vintage soul!

Craig Milverton is a master of the keyboard and among the best Jazz pianists in Britian. A previous winner of the British Jazz Awards, his performance history reads like a who’s who of the jazz world. This time he has put his hand to the B3 Style Organ for that authentic warm sound, with vintage character and presence.

Inside the pack you’ll find Loops recorded at between 100-127BPM - catering for a variety of musical genres including Hiphop, House, Breaks, Funk, Rock, Big Beat, Triphop and many more. Each loop has been played in musical keys of A, C, E and G Major – giving you the flexibility to use them as starting points or to combine with your existing music.

Musical content includes soft progressions, melodic solos, storming riffs, held chords and more - played in a range of musical styles. A SK2 B3 Style Keyboard was used for the principal recording, utilising a range of vibrato settings and some subtle analogue distortion.

Log in to download a free taster pack of the collection and bring the warm vibes of the B3 Style organ back to life!