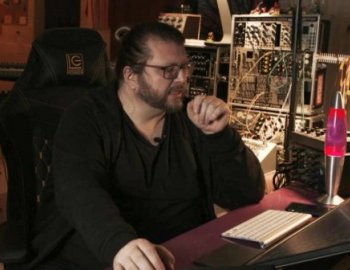 Polish producer Rob Acid has released numerous influential techno records on a variety of imprints. Born in Niemodlin, Poland, mastering engineer and live performer Robert Babicz’s most recognized and accomplished alias, Rob Acid, has released a number of influential techno records that helped establish him as one of the country's top techno producers.

With a career spanning nearly three decades covering genres from techno to acid house to minimal, Robert has also been known under the pseudonyms Rob Acid, Acid Warrior, Department of Dance, and Sontec, amongst many others. He has released many well-respected records on labels such as Systematic, Kompakt, Bedrock, Intec Digital, and Steve Bug's Audiomatique, and his labels, Babiczstyle and Dirtcuts. In addition, Robert is well known as a live performer rather than a DJ, as he uses synths and live equipment and improvises in every set he plays.

Over nearly four and a half hours, Robert will take you through his production process, building a new 'Babiczstyle' track from scratch. Throughout this course, you’ll learn how to take a song from a collection of loops to a finished idea, how to mix and master your tracks on your own, and how to take some time to sit back, let go, and just listen.