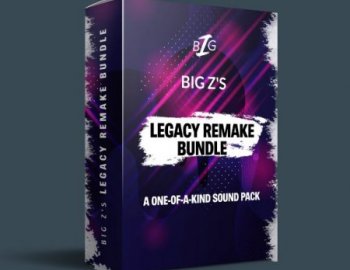 697 Drum Samples & Loops
The drum samples, drum loops, and FX from each remake are 100% royalty free.

They are fully mixed, organized by song, and ready to be dragged & dropped into your songs.

1,355 Mixed Stems
I went through every remake and bounced out each individual layer of audio. No matter what DAW you use, you can drag in the mixed stems and see all the layers of how the song was made.

You can use the layers as inspiration to start a new track - or sample and chop up sounds to get creative.

Want to see the chords Avicii wrote for 'Heaven'? Or the lead melody Zedd wrote to 'Happy Now'? Just drag the MIDI onto an instrument track and learn how the songs were written.

*As a disclaimer - some of the remakes use other synths such as Kontakt or Nexus - I am not able to save these sounds for you. Also, many of the Serum presets had external processing on them that I am not able to include.

In the folder for each remix, I added a link to my YouTube video that explains each remake in depth.

Bonus: Logic Project Files
As another bonus, I've included the project files for each remake.

All remakes were made in Logic Pro and feature 3rd party plugins that you may or may not have.

As a disclaimer, only some people will be able to dive into these project files. This is an add-on for those who can take advantage of it - it is not a selling point of the pack and the pack would be priced the same without them.
Download fromturbobit
WAV, MIDI, SERUM, LOGIC
9.15 GB
Links | Ссылки