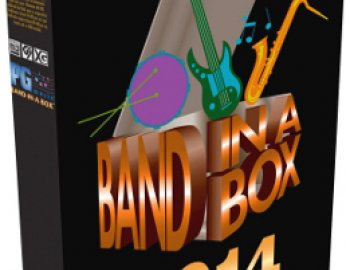 We’re proud to offer Band-in-a-Box 2016 for Windows! This version includes over 50 great new features and enhancements.
We’ve enhanced the GUI for an improved look and feel, and many new time-saving features have been added like automatic track labels and video tutorial-help buttons. We’ve added direct support for 64-bit VST plugins (using jBridge available from us for only $10

Save as Video - now you can save your Band-in-a-Box song composition as a video, that you can upload to YouTube or work with in video programs. Load, play, view and slow down videos that you have already downloaded from YouTube or elsewhere into the Band-in-a-Box Video window to extract the audio and slow it down great audio quality. And much more...

With Band-in-a-Box 2016, we’ve released an amazing amount of new Add-ons. Along with the 101 New RealTracks and 1,000 Modern Loops with Techno, Dubstep, Worldbeat and Top 40, we also have 49 Bonus UNRELEASED RealTracks, 15 MIDI SuperTracks, 46 Artist Performances and 20 Instrumental Studies for Guitar that are only included in the 49-PAK which can be added to your Band-in-a-Box for Windows purchase for just $49!
Download from turbobit
1.28 GB
Links | Ссылки