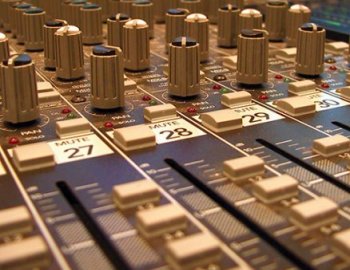 There’s a plethora of Digital Audio Workstations (DAWs) available out there ranging from the massively expensive, feature packed professional studio software to the free and simple that offer basic editing with four-tracks. But just because the top DAWs cost a pretty penny doesn’t mean that some of the free alternatives on the market don’t offer some valuable tools and some of the most efficient recording and editing software out there.

Here’s a list of the top 10 DAWs we know available for free.

Our list starts with MuLab from MuTools, a little known but brilliant DAW that combines simplicity and efficiency to create a fantastic free package. MuLab provides an easy interface to record, create and edit multi-track music with excellent efficiency and enough hidden features in it’s ‘right click menus’ to make most free DAWs blush.

MuLab may seem bare of features, owing to it’s simple, user-friendly design but what it hides under the hood should be enough to satisfy those looking for more than a recording program. MuLab supports MIDI and audio recording and features it’s own reverb, EQ, sample player, drum set, synth and more.

MuLab is available for Windows and Mac OSX for free from: http://www.mutools.com/mulab-downloads.html

Tracktion 4 was offered as a free music making program for Behringer customers in 2013 but earlier this year was made free for everyone. Though there are newer versions Tracktion 4 is the only one available for free, however with its fast audio editing and mix workflow Tracktion 4 should keep most satisfied.

Tracktion 4 is compatible with VST plugins and surprisingly video files, which you can edit the audio file of in the DAW. The user interface can hold a little bit of a learning curve when you first start but once you adjust you’ll see Tracktion 4 has one of the most streamlined interfaces you’ve used.

Tracktion 4 is available for Mac, Windows and Linux (older versions may not work) for free after signing up with Tracktion here: https://www.tracktion.com/account/signup/index?step=3a&type=free

What would a top list of free DAWs be without Audacity. For the uninitiated Audacity is a free, open source DAW that takes audio recording to it’s basics. It has seen massive popularity despite it’s lack of features and basic design. With Audacity you can create multi-track recordings and edit them with effects for removing noise, stretching time, correcting pitch etc.

However Audacity has some drawbacks such as it’s destructive editing, so effects applied are permanent, as well as it’s software being too basic for proper music recording hence it’s popularity with speech recording. Despite all this Audacity remains one of the most popular and easiest to use DAWs ever created.

Audacity is available for free on Windows, Mac, Linux and other OS’s from here: http://audacityteam.org/

Though some of the features it loses do hurt its usability, such as inability to import MP3 files, with Studio One Prime you get the interface and basic features of a professional DAW. To read more about it you can see our blog post: http://routenote.com/blog/presonus-release-free-daw-studio-one-3-prime/

Studio One 3 Prime is available for free on Windows and Mac from here: https://shop.presonus.com/products/studio-one-prods/Studio-One-3-Prime

Ardour was designed to be an all-in-one program for recording, editing, mixing, and mastering audio and MIDI projects. Ardour aims to give you complete control and flexibility with recording allowing you to produce CDs, mix video soundtracks and more packed into a free package of multi-track recording software.

Ardour is packed with features for editing is compatible with a wide range of equipment and plugins. Ardour is highly versatile and in-depth for a free DAW but it does fall back on a complete lack of inbuilt effects and instruments as well as not being available for Windows. The free version also caps you at about 10 minutes on tracks but for a minimum price of $1 you can access all the features as well as some updates.

Ardour is available for free on Mac and Linux from here: http://ardour.org/download.html

Soundtrap is a very interesting DAW and probably not the software you will use to record your album on, but it is definitely worth checking out. First of all Soundtrap is an in-browser DAW so you don’t have to install anything or even leave your web page to use it. Secondly Soundtrap has collaborative options for you to record and talk with people around the world (this is optional though and you can use Soundtrap as a generic DAW).

Soundtrap isn’t just incredibly easy to access it is also incredibly simple to use with a stripped back design that maintains the essential features. Soundtrap also features some uncomplicated built-in instruments in the shape of a keyboard and drum kit with a multitude of versions for each as well as a decent number of built-in effects. You can read more about Soundtrap in our blog post here: http://routenote.com/blog/soundtrap-the-free-in-browser-daw/

Soundtrap recommend using Google Chrome or Safari. You can use Soundtrap by making a free account on their website here: https://www.soundtrap.com/

Rosegarden can be a little visually jarring but it’s users attest to it’s accessibility with an easy-to-learn interface that can be very attractive despite it’s slightly unusual design. One of Rosegarden’s strongest features is it’s music notation editing capabilities which are in-depth and provide detailed visual scoring and arranging.

Recording with Rosegarden can affect performance and you won’t be able to use plugins without some programming knowledge or a good tutorial but it is brilliant at interpreting and sequencing MIDI. Unfortunately Rosegarden is only available on Linux but there are talks of a Windows version coming.

Rosegarden is available for free on Linux from here: http://www.rosegardenmusic.com/getting/

Podium Free is the freeware edition of Zynewave’s brilliant Podium DAW. Developed by one man Podium is a complete audio and MIDI recording program with multi-tracks (though only one input/output can be used at a time with the free version), VST support, bundled plugins and more.

The free version has certain performance limiting restrictions such as no multiprocessing, no 64-bit mixer engine option and more. Despite this though Podium Free still does what it’s made to and does it well with an intuitive design full of editing options.

Podium Free is available for free on Windows from here: http://zynewave.com/podium-free/

LMMS may not feature audio recording capabilities but what that means for LMMS is that they’ve designed one of the best DAWs for MIDI recordings and arrangements. It features multiple instrument and effect plugins as well as supporting VST plugins.

It’s multitude of easy to access synthesizers is one of the most appealing features of LMMS which ranges from it’s embedded ZynAddSubFx to Nintendo, Gameboy and game sound effect emulation.

LMMS is available for free on Windows, Mac and Linux from here: https://lmms.io/

Reaper is a fully fleshed out, professional DAW that is quick, powerful and compatible with audio and MIDI, various plugins as well as featuring loads of studio-quality effects. So how is it free? Well REAPER is technically free with a free trial for 60 days after which you will still be able to use the software but will be prompted to pay for it regularly.

REAPER features a design familiar to anyone that has used a DAW before so it’s not complicated. It wouldn’t look amiss inside a studio with it’s multitude of sophisticated features but REAPER is great value even if you do purchase it for $60 (commercial license costs $225).

REAPER is available for free on Windows and Mac OS X from here: http://www.reaper.fm/download.php

Are there any free audio workstations you think we should have included? Let us know what they are in the comments below!
http://routenote.com/blog/the-10-best-free-daws-available/
Links | Ссылки